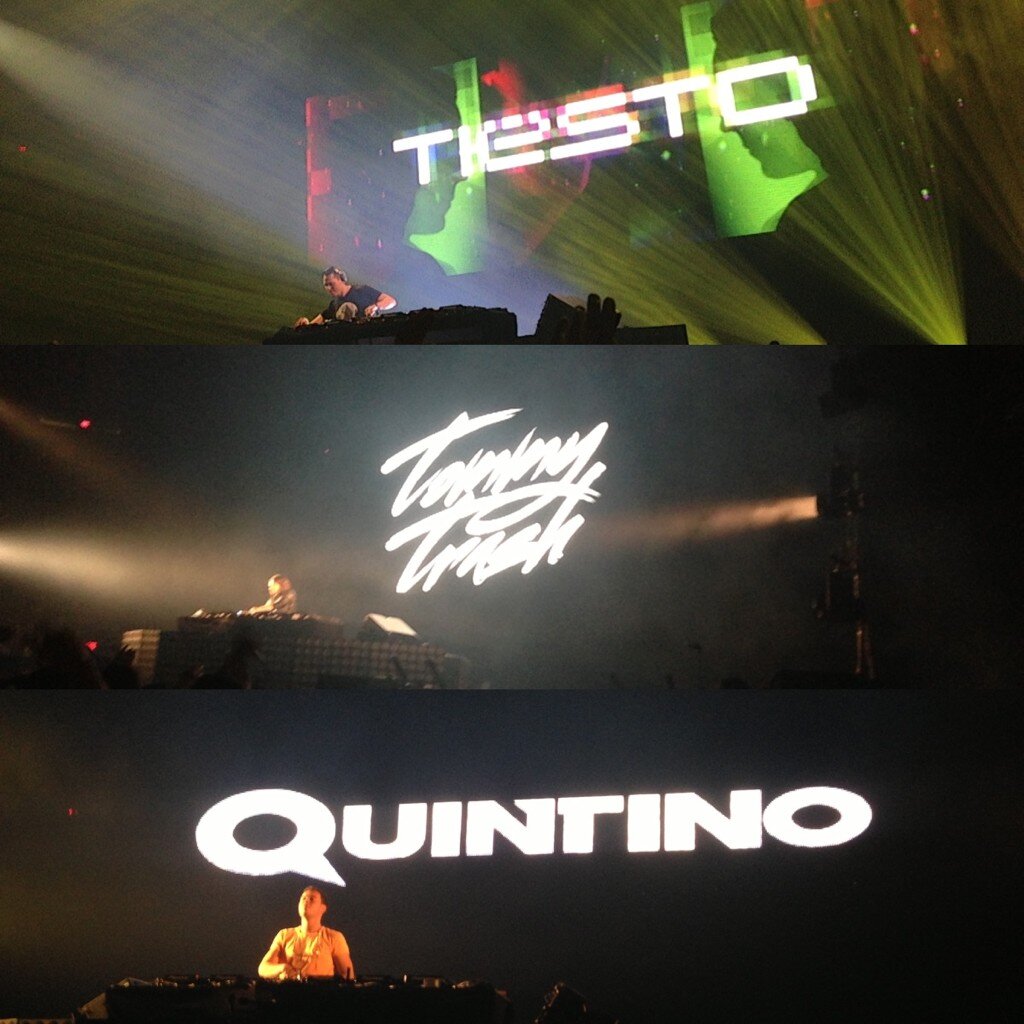 It was a Wednesday night in Albany, New York. The only difference with this Wednesday apart from any other is that arguably the world’s biggest DJ was in town. Tiësto was set to bring his ‘Club Life College Tour’ upstate with support from Quintino and Tommy Trash. The two talented supporting acts usually headline their own shows, so Albany was sure in for a treat. The Times Union Center is a great venue for a dance music event, with a lot of space on the floor and a wonderful sound system. The show started at 7 ( very early) with Quintino planned to open the night. There were a few thousand EDM fans in attendance, from teens to middle-aged couples. The tour lasts for a month and practically goes every night, so many fans might ask the question if he mixes his sets up. Tiësto has been a legend for so long and mixes it up to the feel of the crowd at each show. He has a passion for what he does unlike most other professionals. Going in, we were hoping to hear a mix of old and new Tiësto, and he sure did not disappoint.

Quintino kicked off the night delivering a wildly entertaining one hour set. Dropping all sorts of dirty dutch beats that got the crowd energized and ready to go, you knew the night would be a good one. He dropped tracks such as his hit with Alvaro ‘Epic’, to his new remix with R3hab of Tiësto ‘s ‘Chasing Summers’. The whole arena seemed to shake when the track dropped. A defining moment in Quintino’s set was his remix of Trinidad James ‘All Gold Everything’. Rappers have grown accustomed to the Dance music scene and references of Molly, and Quintino turned James’ line ‘Popped a Molly I’m Sweating’ into a dirty dutch drop that put the crowd into an absolute frenzy.

Tommy Trash got the privilege to follow up Quintino’s blazing opening set, as well as keeping the crowd moving while leading up to Tiësto . He dropped a lot more mainstream tracks but kept the crowd really into it. When you have an all ages crowd, it definitely is harder to play deeper house and new tracks of yours as the younger generation might not be interested. With the rise and popularity of EDM, the crowd has gone from underground ravers to your everyday high school athlete or college student. Whether it was Trash’s track ‘Reload’ , or his remix of Wynter Gordon and Steve Aoki’s ‘Ladi Dadi’,Tommy trash put Albany into an emphatic readiness for the headliner ‘Tiesto’. It was a beautiful moment when the crowd was singing along to Wynter Gordon’s mesmerizing vocals.

Tiësto was due on at around 10, ready to play a two hour set for the all-ages crowd at the Times Union Center. Chants of ‘Tiësto ‘ roared throughout the arena, and goosebumps began to rise as Tiësto came out to the Table. Opening to wonderful visuals on the screen and his hit track ‘Chasing Summers’, Albany lost their mind as a whole. Throughout the set, you knew Tiësto was live mixing as he made a few mistakes. There is absolutely nothing wrong with that, as fans would rather pay to see a DJ mix rather than press play. Tiësto dropped newer tracks such as his remix to Zedd’s ‘Clarity’, to arguably his best track of all time, ‘Adagio For Strings’. Midway through the set, the Dutchman got on the microphone saying ‘ Who wants to hear some old school Tiësto ‘, with a telling cheer from the crowd. Aside from ‘Adagio For Strings’, Tiësto dropped his remix of Delirium’s track ‘Silence’, definitely bringing it back to the old school. 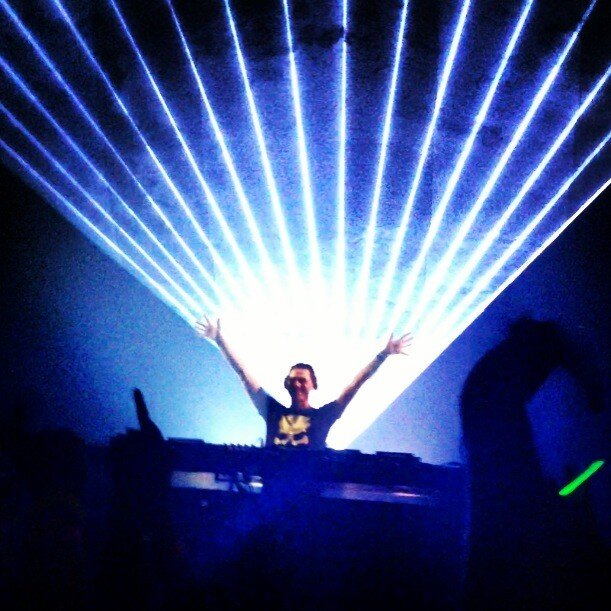 With all the hype surrounding ‘Harlem Shake’, many in attendance wondered if Tiësto would drop the internet sensation track, and he did. That was the moment where we wondered what direction EDM is heading, when the legend of Trance drops a trap track.Well, when your playing for college students, you have to change it up a little. He only dropped it for 45 seconds, letting the crowd have some fun. Regardless, Tiësto had such an excellent set, really playing to the feel of the crowd, dropping his own tracks such as ‘Maximal Crazy’ and ‘Pair of Dice’, to the number one track on Beatport right now, ‘The Code’. After the set, the crowd was in an uproar for an encore, but Tiesto said after the show ,due to restrictions with the venue, he was unable to come back out.

The ‘Club Life College Tour’ definitely brings a party atmosphere around the country, and if you have the opportunity to check it out, do so. The tour was properly put together, and the event was welly produced with great acts all around. The visuals and Pyrotechnics were on point, and really made the show an eventful one. Tiësto never has and never will disappoint his fans, giving Albany students and locals a night they can always remember.

The Prodigy, who were recently named by MixMag as “The World’s Greatest Dance Act of All Time” just announced the title of their next…