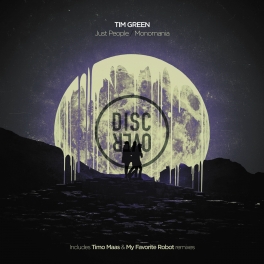 London talent Tim Green is back releasing his forthcoming debut release ‘Just People / Monomania’. We have the official preview of ‘Just People’ and it is a doozy. It’s a darker track, so clean and original leaning towards Techno. Green has the support of Carl Cox, Scuba, Solomon and many more. Disc Over Music will allow Tim Green to be more diverse and showcase his talent throughout many genres. The official release will be on September 23rd so be sure to grab it on Beatport!