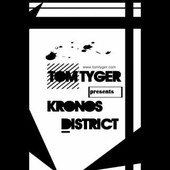 21 Year old Frenchman Tom Tyger just came went live with a slew of releases, including a mix for Kronos label, also works with Swanky Tunes and Hard Rock Sofa. Tyger has released a few of the most recent Kronos mixes, and they are all charmingly good fun. His mix bubbles over with that irresistible French touch, as some of the tracks he mixes in scream disco house all ova’ yo face. He also adds a few promos of yet to be released stuff, which includes a new remix of Qulinez, Dyro, and of course, his trumped up remix of Arty’s Trio.

This remix is balls to the walls robot and chaotic, and hella fun. It won’t go by the DJ playlists undetected and is sure to hit the airwaves.

Anyways, What makes this Kronos release so charming is that he restrains himself from using your dime a dozen house bangers that were played non-stop throughout Miami Music Week. He puts in original touches, making great use of Calvin Harris, mixing it with Tommy Trash. And of course, it wouldn’t be a French mix without some Daft Punk stuck in there, which is precisely what he does during the final stretch of the mix.