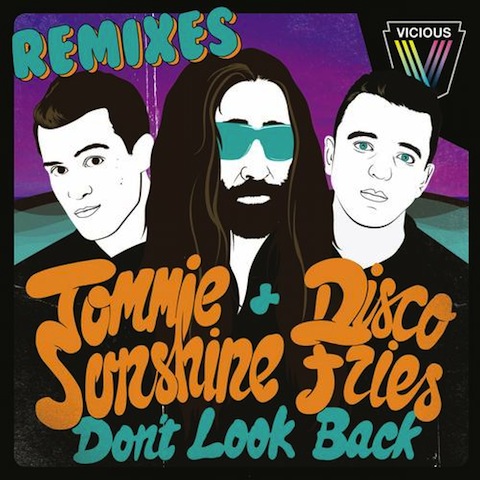 Debut single from Tommie Sunshine & Disco Fries ‘Don’t Look Back’ gets the full remix treatment from four different artists that’ll probably be new names to most. Starting with a chopped vocal progressive take from Rogerseventytwo, powerful electro version from KitSch 2.0, and also a wobble induced dubstep type edit from DSKOTEK; all of these transalate the original mix extremely well while providing an innovative twist. The standout is definitelyÂ Polymath‘s eerie rendition that exudes a great feeling as soon as you press play, it’s definitely got that underground sound all over it. A lot genres converging here make either of the remixes a unique addition to anyone’s library.

There’s also a remix contest that YOU can enter if these don’t quite fill the void. Submissions are due March 8th, 2012 so download the parts and submit before then. More details in press release below:

Brooklyn’s biggest, baddest, bearded electro indie force Tommie Sunshine and his partners-in-crime The Disco Fries have has been involved with an arsenal of labels, clubs and musicians including Katy Perry, Santana, Usher and Pitbull. Now is your chance to get involved with Mr. Sunshine and The Fries as we offer you the chance to remix their cut “Don’t Look Back,” originally released in December. With all the key strings, horns, synths, and the full vocal ready for free download, this remix contest is ready for your additional creativity and personal flavor. The grand prize winner will take home a set of Sonomax eers custom fit earbuds, along with being released on Vicious, and score a Skype session with Tommie Sunshine and Disco Fries themselves. Three additional runners-up will be selected to be released on Vicious. Submission phase starts February 24th and ends March 8th.Â ENTER HERE

Swanky Tunes at Kazantip The love affair with Swanky Tunes continues, as they release their 2011 Annual Report on their Soundcloud for universal downloading…