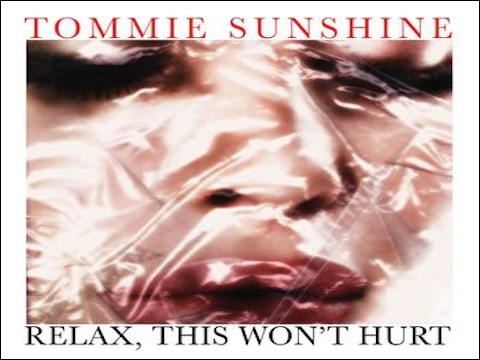 Just saw these go up on SoundCloud, an exclusive giveaway from Tommie Sunshine of edits used in his ‘Relax, This Won’t Hurt’ Ultra Records CD release. They’re going down after the new year so make sure you snag them ASAP. The mix itself is available for download and included after the jump with a complete unreleased tracklist.

“This is the sound of Tommie Sunshine in 2008.Â The title â€˜Relax, This Wonâ€™t Hurtâ€™ comes directly from the last words Hunter S. Thompson wrote before taking his own life but I see it as a three-fold title. I love Thompsonâ€™s work and it is a tribute to him but is also very telling of how I see the music I used to tell the story on this CD. This is music mostly unheard in the US outside of underground clubs and will sound rather new to most listeners. The third reference the title refers to is the state of this country and how every day we are tricked into thinking the decisions that are made by the people who lead us are in our best interest when they clearly are not. Please note, I picked the title a full month before the economy really went down the tubes…the CD is a wild ride filled with musical influences from around the world and covered as much ground as anyone can in just over an hour while giving the tracks room to play out. I can only hope this collection of music inspires the listener the way that each of these tracks inspired me to include them in the mix.â€

Coachella is an epic music festival that takes place every year in the middle of April. The festival is held on some beautiful polo…