TomorrowWorld‘s inaugural installment surpassed expectations in many ways. Those lucky enough to visit the beautiful Chattachoochee Hills enjoyed a long weekend of good vibes, great music and breathtaking production value. Even the scorching Atlanta sun could not oppress the energy and excitement flowing throughout the festival.

Q Dance
For the second time, the Holland dance music company, Q Dance, stepped foot on American soil for an unforgettable experience. Set apart from the rest of the stages through a wooded trail, the Scorpion Q Dance stage was positioned at the foot of a hill as such that it somewhat resembled an amphitheater. Dedicated to the harder styles of dance music, Q Dance delivered the highest energy and strongest beats to TomorrowWorld. MC Villain amped up the crowd all three days, as he danced to, commented on and guided the audience through each performers set. Don’t let his small stature fool you; MC Villain’s a firecracker. Moreover, acts such as Brennan Heart, DJ Luna, The Prophet, Coone and Zatox destroyed the decks with their bellowing hard bass lines and high frequency sounds. Sam Gonzalez aka Audiofreq and BRK3 stole the stage that weekend. He took the decks as Audiofreq on Day 2 of the festival and delivered an explosive hardstyle set that had the Q Dance hill rumbling. On Day 3, Gonzalez DJ’d under his hard house alias, BRK3, for a second mind-blowing performance. Gonzalez’s energy behind the decks is unmatchable. MC Villain was actually able to take a breather during Audiofreq’s and BRK3’s set because Gonzalez took reign of the mic. For all those unable to experience Q Dance in Atlanta this past week (or those who just can’t get enough), Audiofreq will pay Queens’ Amazura Hall a visit on November 1st for what is sure to be another heart-stopping show. 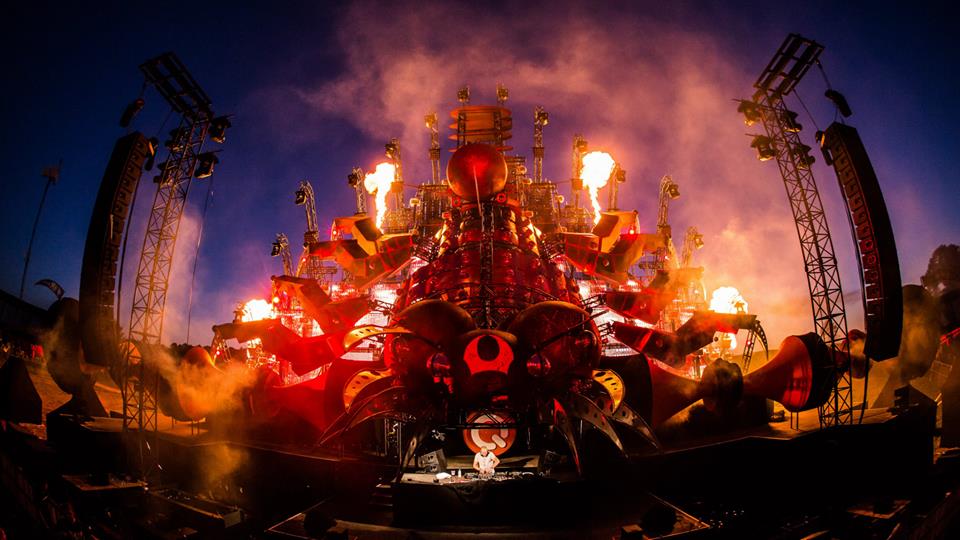 21+ International Crowd
The overwhelming response of international attendees was touching; individuals traveled from all over the world to attend chapter two of The Book of Wisdom. There was initial speculation that not many international dance music fans would travel to the U.S. for TomorrowWorld, that many would disregard TomorrowWorld over TomorrowLand; however, once you entered Dreamville and saw attendees setting up camp, sporting their country’s flag, it was apparent a large population of individuals from all over the globe made the trek to Atlanta. Strolling to the bathrooms or showers in camp, all different languages and accents could be heard. The Book of Wisdom stage was a beautiful sight with flags of every color and design held high in the air; people from all different cultures uniting through music. A couple days after the conclusion of TomorrowWorld, reports came out that out of the 140,000 attendees, there were only 17 medical transports over the three (or four if you count Thursday night’s pre-party) days, the majority of which were due to alcohol consumption and dehydration. A slap in the face to all the recent negative press surrounding the dance music community, this revelation proves that dance music fans can act responsible and maturely and that large scale events can run smoothly. Yes, while zero medical transports is ideal, spending three long days in the hot sun can be physically exhausting and accidents do happen; TomorrowWorld was a step in the right direction. 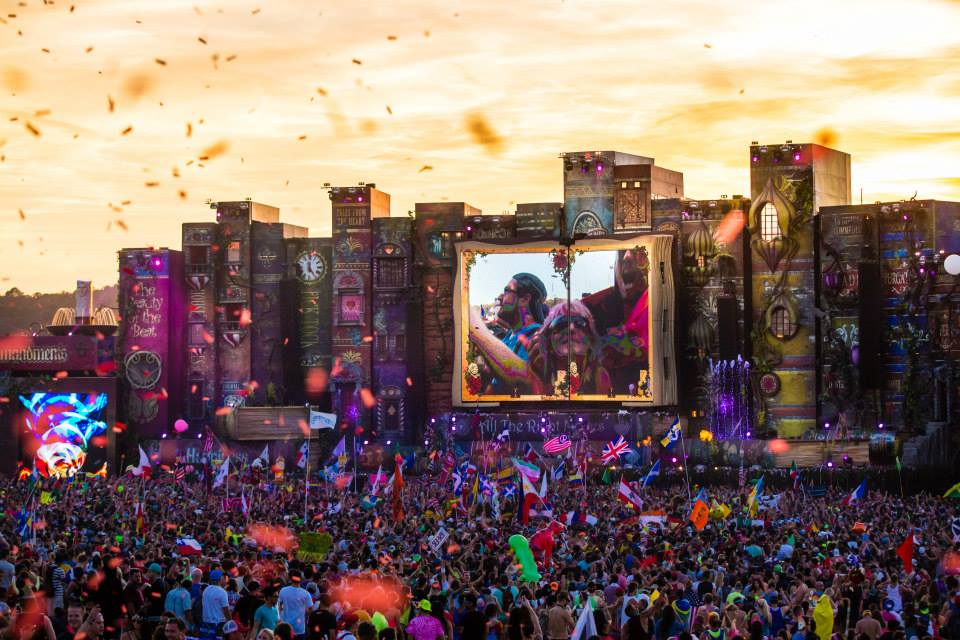 Grubb & Water Refill Stations
One area of improvement TomorrowWorld should work on for next year is the quality of the food. Festival’s are great opportunities for local food vendors to showcase their menus and for attendees to taste some of the local fare. TomorrowWorld, however, really lacked the delicious food that many festivals provide. The food was dry, low quality and over-priced; moreover, there were extremely limited vegetarian options and if you were vegan you could choose between a fruit cup and water. Five tokens (slightly more than ten dollars) might be reasonable for a tofu veggie feta wrap or a grilled chicken sandwich, but not when the wrap contains zero feta and three small cubes of tofu and when the chicken sandwich is so dry it leaves you with cotton mouth. The stir-fry stand was also a flop; a large take-out container of sauce-less rice for the vegetarians and the same rice with three lame slabs of meet plopped on top for the carnivores. There was a delicious bakery located in Dreamville’s Marketplace that baked fresh bread and other goodies daily, but, having only one location, the line was usually very long. Perhaps, next year, ID&T could add another bakery! The festival could also benefit from one or two more water refill stations, preferably one located near each stage, to make it more accessible for festival-goers to stay hydrated. 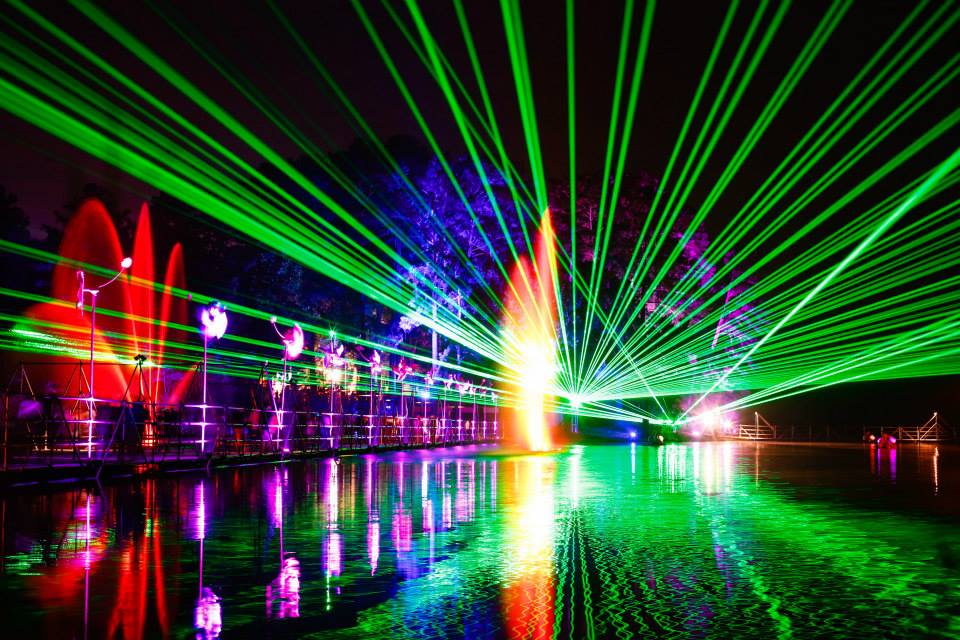 Dreamville
The camping aspect of the festival only heightened the experience. Rather than dispersing to various hotel rooms after each day, congregating back in the campsite for after-hours was much more conducive to mingling. Having a campsite to return to if you wanted to change your clothes to prepare for the chilly evening temperatures or take a break was very convenient. While there were lockers available within the festival grounds, they were located at the far end of the festival by the Mainstage, not close to some of the other stages, whereas Dreamville had multiple entrances and was more of a central location. Showers were available daily for a small fee and there were also sinks and mirrors located near the bathroom stations so campers could freshen up. There were, however, some negative aspects of Dreamville, especially in regards to arrival and setting up camp. Those who made a point to arrive early in hopes of securing a prime parking/camping spot ended up having to lug their camping gear upwards of two miles to the entrance of Dreamville and were also granted the furthest spots in the campsite’s ‘blue’ color coded region. Next year, it would be great to see the arrival process more organized to allow for a smoother setup. 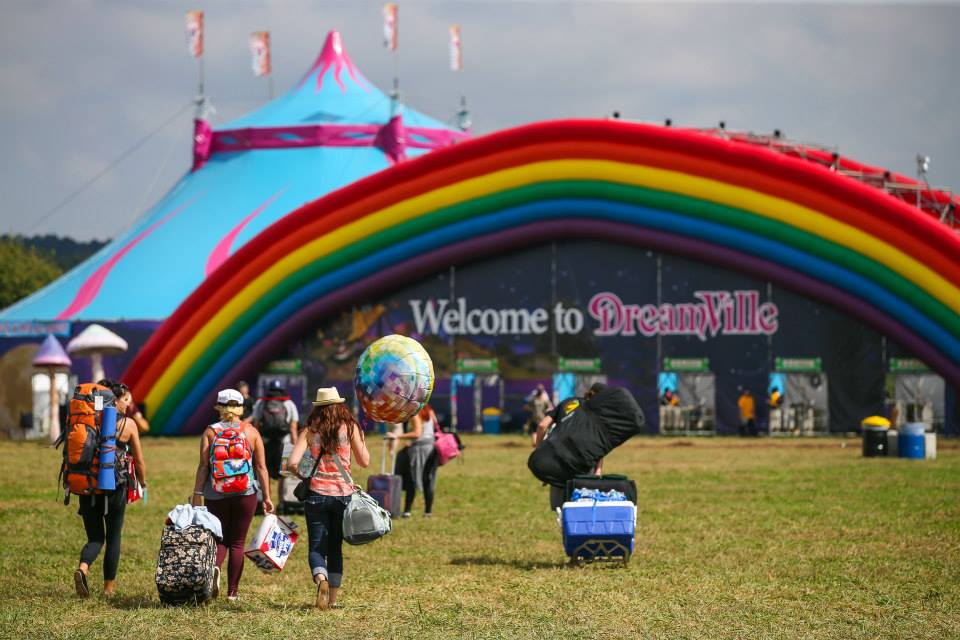 Overall, TomorrowWorld was an incredible experience. The hills, rivers and valleys of Chattahoochee functioned as the perfect landscape for the three magical days. The production value of each stage was surreal with breath-taking visuals, sound and lighting effects. Interacting and engaging with people from all over the world who share the same fiery passion for electronic music was a touching, unique opportunity that is not available at every major festival. TomorrowWorld stressed the universality of all of us and left attendees with one strong impression: TomorrowWorld, we are all one. 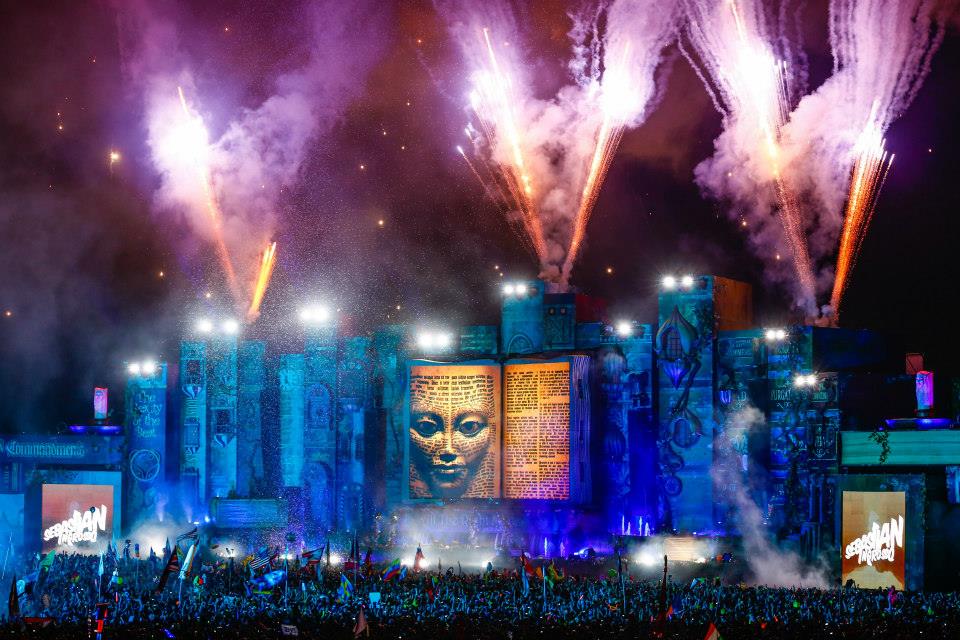 The first ever TomorrowWorld is only 4 days away and Dimitri Vegas & Like Mike have unleashed the TomorrowWorld anthem ‘Ocarina’. What more could…