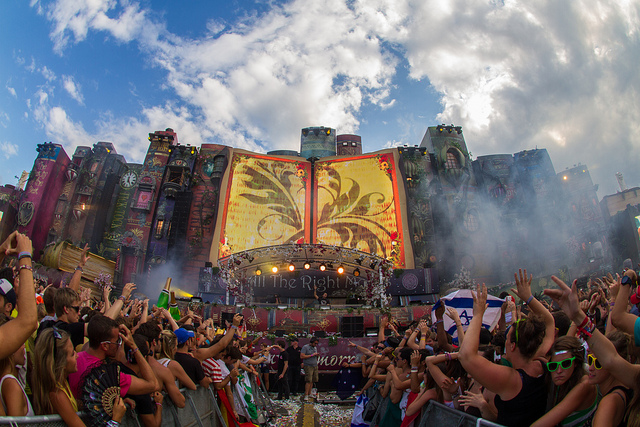 In just one week, TomorrowWorld will be venturing outside of Belgium for its first international chapter and is headed to Chattahoochee, Georgia. Exact set times were released yesterday for each of TomorrowWorld’s themed stage groupings. We hope to help you navigate through the jam packed lineup and special collaborations in the days leading up to the festival as we excitedly await this highly anticipated event.

For those residing in Dreamville, the magic begins Thursday night with ‘The Gathering‘ celebration. This warm-up party will feature two stages: Open Air and Bass Stage. Open Air will feature electro house and progressive DJs and Bass Stage will showcase Trap, dubstep and bass-heavy (as the name suggests) DJs.

Who Not To Miss
Project 46– Performing on the Open Air stage, Project 46 will deliver an upbeat progressive set that will have you amped up for the rest of the weekend. Featured on Kaskade’s latest album, Atmosphere, and having just released the uplifting track ‘Motionless,’ this is not the last we will hear from the Canadian DJ.

Friday, September 27th marks the official commencement of TomorrowWorld. The festival will harbor eight (that’s right- EIGHT) stages daily, each encompassing a theme or record label. While most of the stage themes will vary each day, some will remain intact the entirety of the festival. These select few include the Mainstage, Q Dance and Kitsune. Friday’s five additional stages will be as follows: Super You & Me, Dim Mak, Deep End, Full On and It’s a Trap. The below will provide you will a brief guide to Friday’s stages and who from each can’t be missed.

The Book of Wisdom Mainstage will feature some of today’s biggest names in dance music with no overarching theme besides the fact that those DJs are in high demand.

Laidback Luke will be bringing his Super You & Me crew to TomorrowWorld on Day one, so make sure you come dressed up as your favorite superhero! While Ladiback Luke and Benny Benassi will close out the stage, Super You & Me will also feature John Dahlback, Oliver Twizt and Carnage– to name a few.

Who Not To Miss
Batman-Superman-Spiderman – As the stage’s bill reveals, the Super You & Me stage will feature a set collaboration of Batman, Superman and Spiderman- aka Laidback Luke, Chuckie and Steve Aoki. At this past year’s Tomorrowland, Laidback Luke put on a similar show at his Super You & Me stage but with Sander Van Doorn as Iron Man and Dimitri Vegas as Batman. It is hard to predict what this superstar cast will bring to the decks (together) for this unique TomorrowWorld set!
Dim Mak 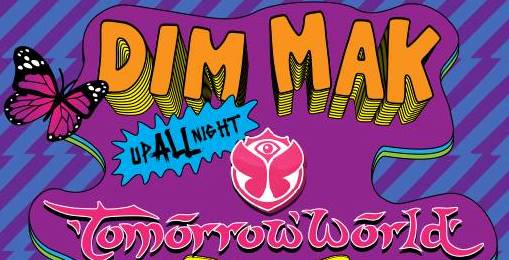 Steve Aoki and the rest of the Dim Mak crew will be causing their usual ruckus day one of the festival. Proceed with caution when approaching this stage; there is a large possibility that cake and champagne will be shot into the crowd at some point of the day!

Who Not To Miss
Dirtyphonics – The french duo is known for putting on a roller-coaster of a live performance, throwing it down track after track. They released their debut studio album this past March which features a combinations of electro house, drum and bass and dubstep. With fresh new material underneath their belts, their set is sure to be a rocking experience.

TomorrowWorld’s Deep End stage will deliver those sultry, bellowing tech beats that everyone can’t get enough of these days.

Who Not To Miss
Subb-an – For those who crave deep, sensual house, look no further than Subb-an. Testament to his superb talents, this young British DJ/producer has already received support from industry leaders Laurent Garnier, Luciano, Seth Troxler, Sasha and Richie Hawtin.

Back for their second North American event, Q dance will be delivering the best in the harder styles of dance music to TomorrowWorld all three days. Friday’s line-up features some of the most in-demand names in Hardstyle and guarantees a high-energy, unbeatable evening.

Who Not To Miss
The Prophet – As the founder of Scantraxx Records, one of the largest record labels for hard dance, you can count on The Prophet to throw down a hard set pulsing with energy and hard bass.

Ferry Corsten‘s Full On stage will be one for the books- each name even more insurmountable than the next. Between Aly & Fila, Ferry and Solarstone, it will be hard to leave this stage bringing the best in trance and progressive.

Who Not To Miss
John O’Callaghan – Plain and simple, JOC never disappoints. If you are craving that fast paced, euphoric, bass-thumping trance, you can count on JOC to throw down exactly that.

The Kitsune stage will be showcasing some of the French record label’s shining talent unfamiliar to the majority of Americans. This breath of fresh music will a great change up from the recycled names headlining the majority of U.S. festivals.

Who Not To Miss

Gigamesh – Representing America on the Kitsune label, this Minneapolis based DJ/producer brings the funk with his remixes and originals. For an err of disco fever, stop by Gigamesh’s set for a retro good time.

TomorrowWorld has not yet released the It’s A Trap stage’s line-up poster, however, the stage is not to be overlooked! Even those who tend to avoid Trap will be pleasantly surprised with some of the acts the stage offers.

Who Not To Miss

Mimosa – With his distinguishing basslines, Mimosa masterfully blends hip hop beats with a flair of soul and dubstep to produce unique, addictive tracks that will have you booty popping.

One of the kings of the kick drum is back with a tune featured on the new Toolroom Records Ibiza 2011 compilation. Heavy driving…