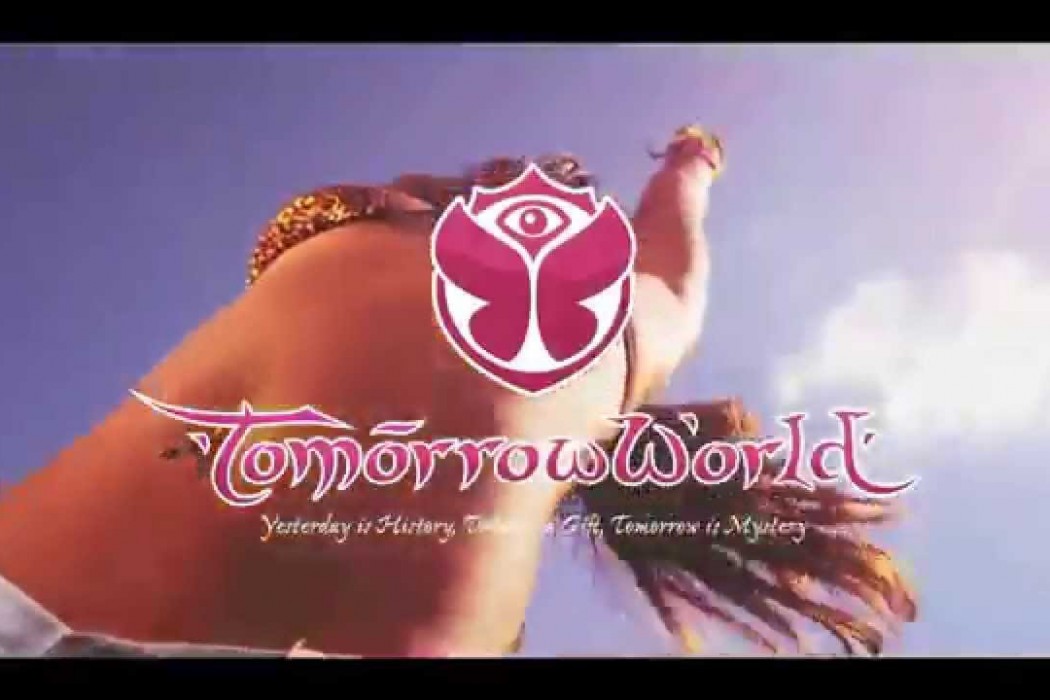 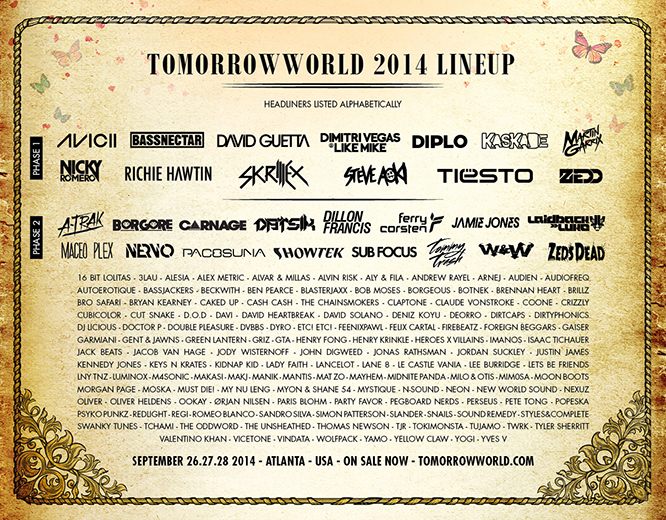 TomorrowWorld is less than 8 weeks away and we are here to bring you a list of tracks we can not wait to hear at the world famous festival. For all attending Chattahoochee Hills, the age limit will be 21+ for the second year in a row, with the festival seeking a more mature crowd. Last year, 140,000 people from 75 countries attended TomorrowWorld , which marked the first international edition of TomorrowLand, the world’s foremost Electronic music festival. TomorrowWorld spans three days, September 26,27, and 28th, with the option for a 5 day camping pass. This will be the best way to close out festival season in the states, and you can still grab tickets here.

The lineup consists of the best names in Electronic Dance Music such as Diplo , Skrillex, Tiesto, Kaskade and many more. We have compiled some names we believe you can not miss due to opinion and their recent success.

Who you can’t miss:

1) Andrew Rayel – One of the leaders in Trance, Rayel has had a huge 2014 with the releases of ‘Dark Warrior’ and ‘EIFORYA’ with Armin Van Buuren. If you listen to his ‘Find Your Harmony’ radio show, you already know that his mixes are unique and among the best.

2) The Chainsmokers – We have been supporters of these guys since the beginning, and they have taken the world by storm as of late. After their success with #SELFIE, they have been touring Asia, Australia, Europe and North America and gaining fans by the thousands. Alex and Drew still have been pumping out their Indie remixes, and their Bebe Rexha ‘I Cant Drinking About You’ remix is a doozey.

3)MAKJ – At such a young age, MAKJ has accomplished more in a year than many producers have in a life time. He has been in the Beatport Top 10 multiple times, and continues to bring a different experience to each show. His tracks are straight party tunes like ‘Let’s Get F*cked Up’ and ‘Encore’ with Henry Fong. This will be a set of pure mayhem, and except people to be going wild for this one.

What tracks we need to hear:

1)Audien – ‘Hindsight’
This track may have the best melody of 2014. Anjunabeats boy Audien strikes again.

2)DVBBS – ‘We Were Young’
Taking the Summer by storm,’We Were Young’ is every young adults theme song. This is perfect for a three day festival where you let all reality fade away and just live life.

3)Hardwell & Joey Dale – Arcadia (feat. Luciana)
What wonderful vocals from Luciana combining with Hardwell and Joey Dale’s production skills. ‘Arcadia’ brings you into an alter reality for a few minutes and can not wait to see thousands jump to this one.

Jax In- Ears by SOL REPUBLIC are a wonderful upgrade to your music game! The high ends are crisp and the bass thumps warmly…