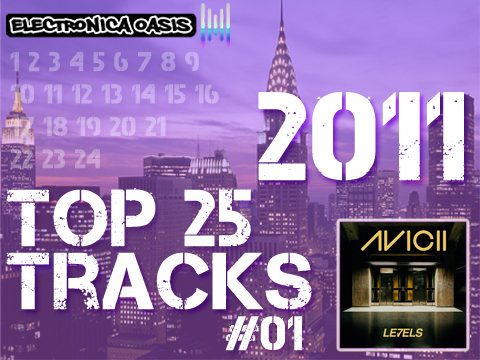 Here it is, our pick for No. 1 song of the EDM year. You had to have seen this coming by, around, ‘Save The World-time’

Now, is ‘Levels’ really the No. 1 song of 2011? No. Lets be honest. It’s probably not even the best song Avicii, himself, exposed to us this year. Hell, ‘Veech’s ‘Rolling In The Deep‘ bootleg might be his best production. But, ‘Levels’ has the worldwide support and far-reaching influence that few songs will ever see.

Perhaps, the most unlikely anthem you’ll ever hear. It doesn’t have the easy catchy melody that ‘Calling‘ had. It lacked the sing a long vocals that Alesso’s ‘Pressure‘ remix had. It was just a funky melody that blew up. DJ’s made it a staple of their sets starting last spring. Type in your favorite DJ/producer to YouTube, then add ‘Levels’ after it. There is a strong chance he or she has played it live.

It’s harder to find live evidence of someone not spinning the legendary song. That short list will include Armin Van Buuren, Deadmau5 & Markus Schulz.

Critics might argue that ‘Levels’ is the No. 1 song of the year the way David Guetta is the No. 1 DJ of the year. The point is moot. Guetta has his share of haters as does ‘Levels.’

Midway through the summer someone had surely said ‘enough with the Levels already!’ (Some are still saying that going into the New Year.) Around that same time is when the remixes and bootlegs started rolling in. From the ridiculous yet catchy to the bold and wobbly, the in vogue thing to do in the second half of 2011 was to remake Avicii’s monster. David Puentez recently minted a mashup over viewing the ‘Best of Levels.’

Let’s not talk about ‘Good Feeling‘ or how nonsensical the official ‘Levels’ music video is. Those aspects of our No. 1 pick might send it to music exile.

From its early days, about a year ago, when it was just called ‘ID‘ (sounds like Mario Paint) to it’s multiple trips around the world and back, this song has enjoyed some of the finer things in life. This song is no where near dead either. It will be dropped this New Years Eve. People will rave. People will sing the Etta James acapella. People will go crazy.

Avicii is back with his fourth episode of his monthly podcast, Le7els, featuring tracks from Alesso, Tommy Trash, and many other big time hits!…