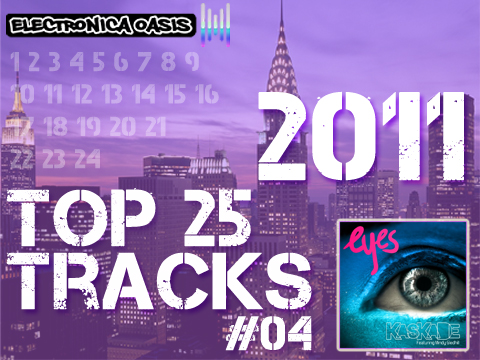 Kaskade has definitely made his impression on the EDM world in 2011. From starting a virtual riot in LA when he invited fans to come see him spin at the premier of the EDC Experience to spearheading the first ever EDM touring Identity Festival and headlining two sold out Halloween shows at Roseland Ballroom, it’s been a busy year for Kaskade, nee Ryan Raddon. Beyond those achievements, he was also named America’s Best DJ of 2011. Somewhere between all of that Kaskade found time to produce a double album, Fire & Ice, where Eyes found a home and release. The melodic vocals of Mindy Gledhill make this tune and you have probably heard her voice in various iterations of this track incessantly since its release in August, with good reason. As we get closer to the end of this countdown, the selection process has gotten consistently harder but Kaskade – Eyes has a more than well deserved spot in the top 5.

Never thought you’d see the day that the name Bieber would grace the pages of EO? Well then pigs are flying and hell is…