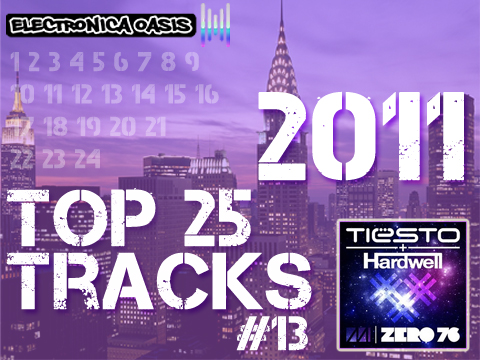 Let me begin by saying what a year it has been for these two.Â TiÃ«sto made a seamless conversion into the electro house scene, he headlined the largest DJ event in US history, created an EDM Mission Impossible theme song, and started a new clothing line. All the while, he produced some of the biggest tracks of the year and made collabs with, Diplo (2010), Steve Aoki, and his most recent mentee, Hardwell.

Zero 76 acted as a huge platform for Hardwell as he is now considered one of the world’s top new young DJ’s. With tunes like ‘Encoded‘, ‘The World‘ and ‘Cobra‘, the 23 year old Robbert van de Corput has provided plenty of tracks to help keep that title.

Zero 76, like CHZ mentioned way back in February, had each artist implement own unique flair to create what I consider an climatically epic banger. The origins of the track name come from the prefix that is dialed to reach the city of â€˜Bredaâ€™ in the Netherlands, hometown of both Hardwell and TiÃ«sto.

Today Anjunabeats released Mat Zo’s highly anticipated single, ‘The Sky’. We here at EO are big fans of the London born DJ and with…