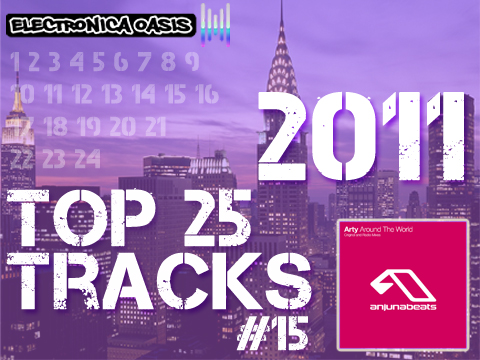 The year that was…was the year of Arty. The Russian phenom had his hand in over 15 releases in 2011, and coming in at #15, ‘Around the World’ was one of his best. This track defines Arty’s sound, with never ending melodies that stick in the listener’s mind and suspensive breakdowns that leave you craving the huge drop that lies ahead. It is simply one of those songs that you can never listen to loud enough, or resist getting out of your seat for. Even months after its release, this progressive anthem remains a staple in many big name DJ sets. Notable remixes were done by the likes of Tocadisco, Two Pearls Rock & Sven Kirchhof, and Topher Jones.

Anjunabeats struck gold with ‘Around the World’ and everything Arty does, as he takes the world of progressive house to a whole new level.

Dubstep’s party boy, Rusko, is going to be super busy this Spring. Last week, we posted about the announcement of his full-length album ‘Songs’,…