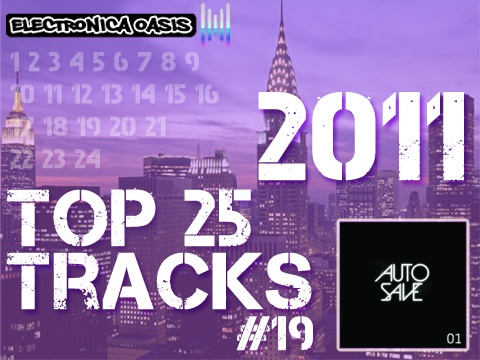 Our buddy Chz called it in February, ‘Autosave‘ was going to be one of the best releases of 2011.

The track blurred the line between progressive and electro house better than any other release of the year and catapulted big 2011 campaigns for both La Funk and Le Grand.

La Funk followed up the world-wide success of ‘Autosave’ with ‘Blizzard‘ and the charming ‘Time And Time Again.’

Le Grand enjoyed his ‘Autosave’ success by devouring the Beatport Top 10 chart. ‘Autosave’ was the first of four Top 10’s he’d enjoy in 2011. It found billing in the Beatport progressive catagory. He spread the next few releases over different genres. ‘Metrum‘ found a Top 10 home in the Techno genre. ‘So Much Love‘ just recently moved outside of the house Top 10 after a long stay. And, currently, his ‘Paradise‘ remix is sitting at No. 3 overall.

What a year for both, especially Le Grand. Coincidentally, you can catch him tomorrow at Pacha NYC, in a must see show.

A deep house mix by French producer Croquet Club. This remix absolutely smashes it. Melodic, smooth and sexy and ultimately a great take on…