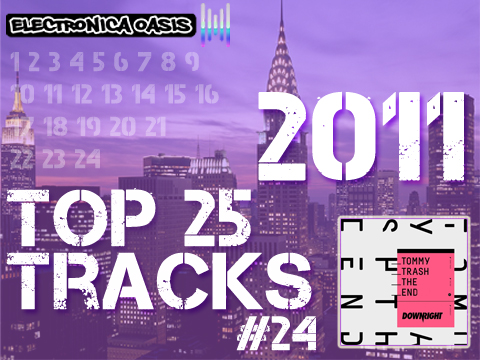 Coming in at #24 is Tommy Trash’s electro house bomb, ‘The End.’

May the EDM world prepare themselves for one of the biggest acts of 2012 in Tommy Trash. Trash experienced a fair share of success in the past, but with the Australian’s 2011 releases, tracks like ‘The End’, ‘Monkey See Monkey Do’, and ‘Future Folk‘ (which deserves honorable mention), we can only expect great things ahead. ‘The End’, with it’s acidic synths and big room build, was released in late April of 2011. Thanks to ‘The End’, Tommy Trash is finally getting the recognition he deserves.