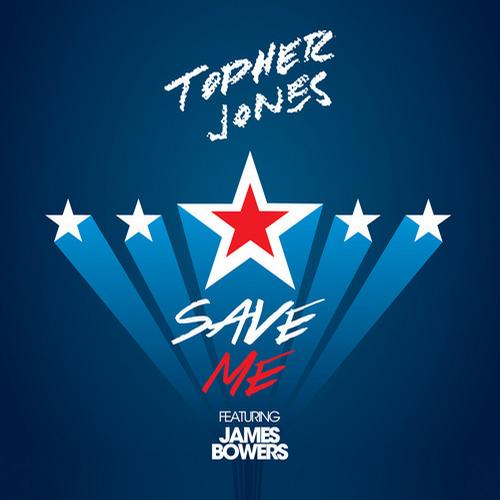 Topher Jones always manages to find perfect vocals to go along with uplifting hearty beats. The American producer delivers a track which will bring together crowds on the dance floor across America this Summer. ‘Save Me’ features the vocals of James Bowers and Topher’s production skills. It follows up his hit track ‘Hello Chicago’, a Windy City anthem that could be heard anywhere from Chicago Bulls games to sets from top DJs like Gareth Emery, Ferry Corsten, and Michael Woods. “When I first played this track live, the entire crowd was singing along and throwing their hands in the air by the second drop.” Topher said. “That’s when I knew this record would be something special.”

Topher Jones brings a different element to dance music, starting the movement to put Chicago House back on the map. His tracks contain massive house breakdowns, but also lyrics that any fan can connect with. Look for a big Summer for Jones. Topher will continue his North American tour in the coming months, which includes the Indy 500 Snake Pit with Afrojack and Diplo and the Spring Awakening Festival in Chicago. For more tour dates visit Topher’s Facebook Page.