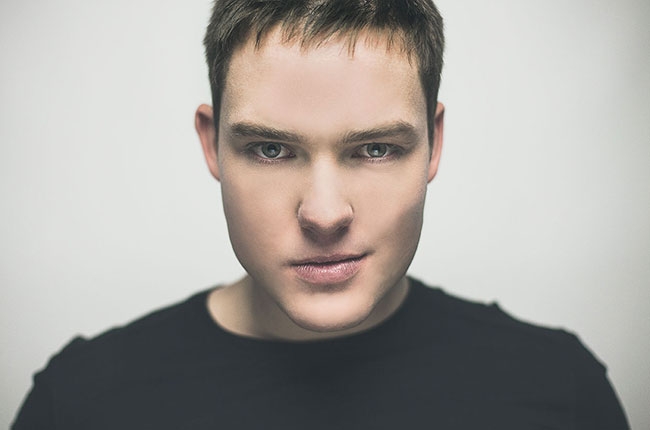 We got the pleasure of speaking to Australian born producer tyDi this past week, and it was wonderful. Talking about his new album to the state of EDM and ‘bangers’, tyDi opens up about his musical influences to how EDM has become boring.

Electronica Oasis: You’re in the middle of a tour in Australia and then you head back to North America. Is there any specific place in the world you love the most?
tyDi: Hawaii is a really good stop for me on the way from australia to the states so again its fantastic if i can get a show there because I stop over and I stay for the week and get to enjoy the beach and stuff, so yeah that’s one of my favorite places. Miami is pretty cool as well

EO: Hawaii must be amazing
Tydi:you can tell I’m a little bit of a beach person.

EO: How does your personal life coincide with your professional life? Do you get time to enjoy certain stops on tour?
tyDi:Yeah I do, very rarely, there are two kinds of tours. There is the ‘suicide tours’ which is like 8 shows in 8 nights in like 5 different countries and definitely no time to do anything on those ones. Really just playing a show, finishing, 2 hours of sleep and back on a plane to a new city. With the hawaii gig I have 4 days off so there is some time between tours to strategically plan some days off but I like to cram in as much as I can

EO: You have a new track out as of Monday ‘Live This Lie’ featuring Carmen Keigans which is 100% out of EDM territory.Two versions actually, rock and electronic. Where did you get the influence to produce this track?
tyDi: My influence came from well before I even knew about EDM. When I was just going into high school before I even knew what a DJ was, I wanted to be a drummer in a rock band. I’ve got Blink 182 tattooed on my wrist actually which kind of shows my devotion to rock music. I was really into bands like Taking Back Sunday, The Used, and all that kind of stuff so technically that;’s where my music came from before I even heard about dance music. Then I fell in love with dance music and started producing that and then just recently looked back and if I had a second chance at life I would be in a rock band and try and do that. I was just thinking about it recently a lot around the time when I was writing the new single and just thought, you know what, let’s make a rock version of this track and have two versions of it. it just goes back to something I had to do before I die.

EO: That’s my high school days as well, I know exactly where you’re coming from. What about a blink 182 reunion tour with tyDi??
tydi: Haha, I wish man I would love that if they’d wanna do that.

EO: Do you think artists like that would ever work with anyone in the EDM genre?
tyDi: I’ll tell you a cool story. One of the bands I didn’t mention that I was listening to when I was 15 was Dashboard Confessional. I always wanted to work with that guy, not just to work with him but to meet him. His music was really incredible,life changing stuff. I never thought that I would have the chance to even get into one of his shows and now I have a new song with him on my album, it won’t be released for a little but I’ve written a track with Dashboard and I guess it shows that anything can happen. These bands that I thought were out of reach and now I’m working with some of them. It’s crazy.

EO: Yeah that is definitely mind blowing. ‘Hotel Room’s’ comes out November 22nd and it’s a variety of stuff, totally not EDM. All those songs, do you think they tell a story for you?
tydi: Totally not EDM, totally chill out. Well ‘Hotel Rooms’ is a project of all my own music and I produced each and every track but a lot of the tracks aren’t brand new. I wouldn’t call it a new album because a lot of the tracks are classics from previous albums like chill out songs that might have gone unnoticed, just weird songs that I put on soundcloud that my fans might know but not dance songs that I played at clubs. Half the album is brand new and half are prior songs from over the years. It just kind of came to me that I’m going to make an album where it’s all that music that isn’t dance music, a totally different style. It’s more just like a showcase of what I do outside of EDM.

EO: Speaking of fans, it seems you always answer your fans on Twitter, Facebook, if there is one thing you can actually say to them, what would it be?
tyDi: I get asked that question a lot and it’s always Thank you and how grateful I am. It sounds really cliche but without people listening to my music I’d just be another dude making music with no where to put it. It would just fall on dead ears, so to have an audience out there is awesome. My fans are really good , they don’t just like listen to my music, it seems like they really follow my career and what I’m doing next, really engaging. I’m thankful to have a fanbase who really are passionate about my music, they don’t just listen to it in the club and go ‘Oh that’s a cool beat’ and walk away from it.

EO: You recently spent time with the less fortunate in the Philippines ? That’s crazy right before the recent tragedy, that’s some timing.
tyDi: I got the opportunity to spend a day with some less fortunate children and basically these kids live on the streets, life for them isn’t that easy like a lot of our lives. There is a really great program that gives them the opportunity to experience things they might not ever experience and in this instance it was music . I came along and got to show them how writing music on a keyboard, they get donated musical instruments and stuff so I showed them a bit of songwriting and stuff. I can’t claim it’s that noble for me , I fly it and leave and these kids are still there, if anything it was more of an eye opener to me to remind me how grateful I should be about my life. Truly eye opening experience.

EO: Is EDM here to stay?The mainstream aspect. Or are producers going to have to become much more versatile like what you have done.
tyDi: It hasn’t gone anywhere, it’s been here since I started. It’s just in a spot right now where it’s incredibly boring. It seems like every single track that comes out now sounds exactly like their last, they all drop the same and have the same idea. It’s like people are losing their drive to make something different and that doesn’t happen in other genres. In other stars in music people are always trying to mix it up and create new things, they want every song to sound different. I certainly want every song to sound different than the last, I don’t want to make a song that sounds like my last track because I’ve already done that before. IT is frustrating that I’m hearing every single dance track right now sound exactly the same, but I think it will naturally evolve but right now it’s in a cold state where it’s usually popular whihc is why everyone is doing it . I think for it to get bigger and keep going people need to start focusing on music theory and making their tracks with a little more soul into the music instead of just a beat with a weird sound.

EO: Do you think that 90% new producers now are looking for that one song, quote on quote banger to have them ‘make it’.
tydi: Yes, and people have this false impression that you make a banger you are going to make it , but there are so many bangers out there how would you stand out. You are making the same thing as everyone else. I’m not claiming to be some sort of a superstar, I can’t talk from experience, I’ve got my fans and I’m happy where things are growing organically but for me personally I have no intention to make a banger for the sake of hoping it will take off. It just ads to a list of a bunch of tracks that sound the same.

Marco and Dirk Duderstadt a.k.a Inpetto, have built a name for themselves that has propeled them to the forefront of the European house movement….