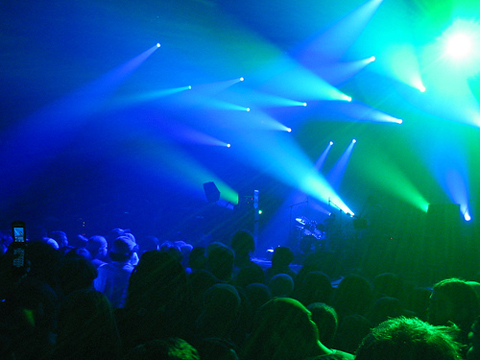 This is an extremely busy week in New York City for the electronic dance scene. We got Carl Cox, Gareth Emery and Busy P this Tuesday and Thursday. There are more shows on Friday and Saturday but I will post about that very soon. For now here we go..

The legendary Carl Cox will be performing at Cielo this Tuesday, October 26th. Cox was the first person to be named number one DJ in the world in DJ Magazine, a poll widely considered to be the authority on ranking DJs. If you haven’t seen a show of his, then I recommend checking him out as his live sets are highly talked about.

On Thursday, the 28th, there will be 3 shows going on (only gonna talk about 2 for now, but if you want to know it’s deadmau5), Gareth Emery at CieloÂ  & Busy P at Love Club. Gareth is currently on tour for his newly released album ‘Northern Lights‘ on October 9th. The album is absolutely nuts and I can’t wait to see him again since I last saw him at EZF. Expect pics, vids, and a review on that.

Lastly, Busy P, the French DJ and producer, former manager of Daft Punk, current label owner of Ed Banger Records, and live sets that are world renowned will be tearing down the house at Love Club. Supposedly this club has the sickest sound system in New York City so I will be making plans to go soon and let you all know. If anyone is going to this show you are in for a real treat… Busy P does it right. I’m also very surprised Love Club is starting to make moves again (they use to book phenominal dj’s but they had management problems a year ago) and booking good DJs… maybe NYC will have another solid venue at their hands again.

Everyone enjoy the week and I will be making a post soon about the Boys Noize and Deadmau5 shows this weekend for Halloween.

TyDi just keeps on working. Fresh off the release of his EP ‘When I Go‘, the Australian is primed to have another smash hit…