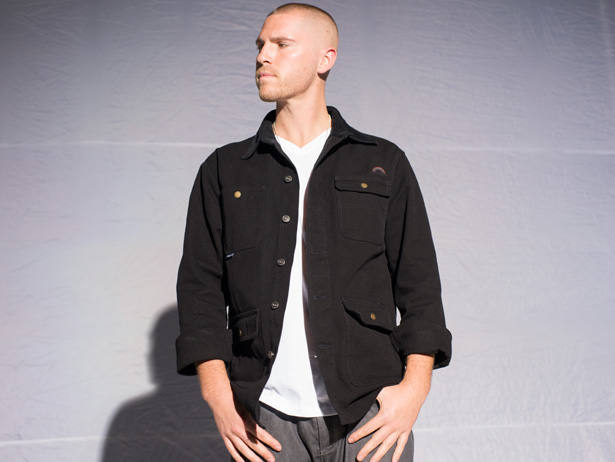 Just as we predicted last week, JayCeeOh ran ahead of the pack and took the final prize during the last episode of SMIRNOFF’s Master of the Mix. Not only is JayCeeOh a super fly DJ – having toured with Sammy Adams and Wiz Khalifa in the past may have been proof enough of that – he’s also a really cool guy and EO got the chance to ask him some insider questions about his experience on Master of the Mix. So read on, and if you’re in NYC this weekend, definitely check him out at Dark Disco on Saturday, June 8 – get your RSVP on here.

First off, congrats! Did you have fun participating in Master of the Mix?
Thanks! It was an amazing experience, grueling but you know it brings the best out of you.

What was the hardest competition for you?
Probably the “Bend the Ten” competition, having to take 10 songs, from 10 different genres with 10 different BPMs was really tough, with the time allotted to prepare. It actually is part of my style of incorporating a lot of random songs and making them work together, but just being able to do that with three hours of preparation time makes it a hard challenge.

Did you have a favorite guest judge?
I’m going to have to say Estelle, because she’s an amazing artist and vocalist and she loved my remix. She said that she would even be able to use it in her set, so that was great for me. I haven’t been in touch with her since the show, but I’ve been in touch with Ben Maddahi and we’ve been working on a lot of things together on the record label side. A lot of good things have come from me winning the remix challenge with Estelle.

Do you think you’ll stay in touch with any of the other DJs?
For sure, like the whole cast was really amazing and we all bonded together. I’ll definitely keep in touch, and I have, like, for the finale I threw a party in LA and I brought Incrediboi, Chris Karns, Dimepiece, Dynamix and Loczi. Everyone was super cool and I plan on keeping in touch with everyone, especially the people I was with to the end, we bonded.

Did you learn anything new over the course of the competition?
All the skills that I had to use I had before, but the competition made me sharpen my skills and learn how to execute in a short period of time. Usually, when you have a set, you have days or weeks to prepare for a certain event, but for Master of the Mix you’d have a couple of hours to prepare for something you’d usually spend days or weeks on. It just made you be on your feet and you had to be able to work fast to succeed.

Has anything changed for you since the competition launched?
Tons of new bookings are coming in, my rates are going up and I’ve been doing a lot of production and transforming myself from just the great party rocker to more of an artist producer DJ. I’m working on a lot of records right now and trying to step into that lane.

Can you tell us the funniest thing that happened while you were filming?
There was actually one crazy blooper that no one has heard yet, so you’re lucky right now. On the first episode, I did my set and Kid Capri got so excited that he stood up and started clapping and went like “hold up.” He ran out from behind the judges table to the DJ booth, but there were like three steps and then a two foot gap between the stage and where I was. Of course Kid Capri didn’t see it, and he just busted ass. Of course the whole studio just fell out. It was one of the funniest things I’ve ever seen. Obviously they didn’t air that, because Kid Capri didn’t want people to see that, but we were just dying laughing.

Are you excited to play in NYC this weekend?
I’m super excited for the Dark Disco party on Saturday. Mean Red and Good Peoples are the promoters for the party and I have a great relationship with them. I used to live in NYC and they are both good friends of mine. It’s great to come back to New York, because I kind of cut my teeth as a DJ in NYC and I moved back to LA a couple of years ago. Now, coming in as Master of the Mix champion and being on TV, it’s just a great kind of coming back to New York party for me to play.

Tiësto, Quintino, & Alvaro team up to release the first of four Ultra Music Festival Anthems , ‘United’. This is the first official anthem…