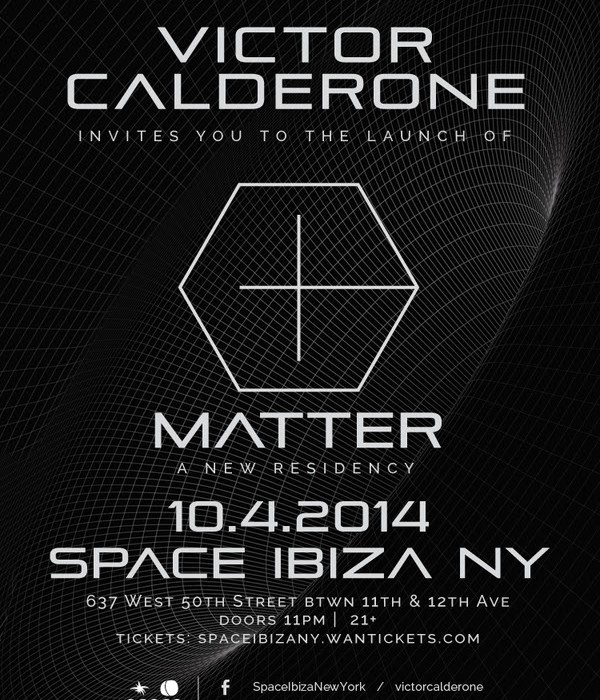 Space Ibiza NY, the hottest new megaclub in the city, opened its doors last weekend and the response was exciting.

We heard great things about their Duke Dumont show on Saturday night and spied some intriguing photographs of weird space-like dancers hanging high in the air and parading around the club in metallic alien outfits. The club, located in Hell’s Kitchen with rival Pacha NYC, is reportedly huge and beginning to sport a more underground line-up. We tend to associate megaclubs with top-grossing, big room house DJs that bring in the big crowds and big bucks, but Space Ibiza NY, at least so far, appears to be moving toward creating a space for the underground in midtown.

Space Ibiza NY just announced that Brooklyn-native, and longstanding DJ on the techno scene, Victor Calderone will be a resident at the club with his monthly MΛTTER + night beginning on October 4. He is expected to play an extended set that is not for the faint of heart, so naturally we’re going to check this out and let you know if Space is all it’s hyped up to be. Tier 1 tickets at $20 are already sold out, so we recommend grabbing them in advance below.

As an Ibiza heavyweight, we expect Space to be able to pull in some big underground talent that can be hard to find in New York and we’re looking forward to future line-up announcements!

Russian heavyweights Swanky Tunes have unleashed an intense, dark Electro thrill ride. Can you believe that they have been in the business for 15…