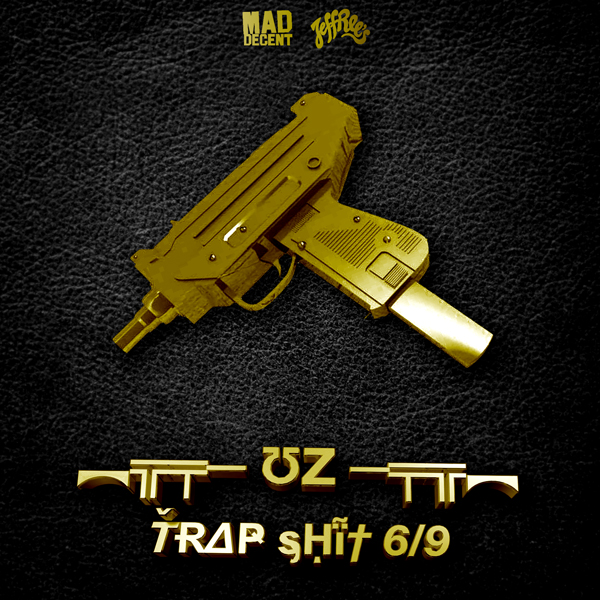 Trap music’s etymology boasts less than puritanical origins. While dance music fans have likely become acquainted with the rising electronic micro-genre through dedicated producers such as Flosstradamus and Hudson Mohawke, the term ‘trap music’ is by no means a new one. Coined as the type of music to listen to while selling drugs from your established spot (trap), think of T.I. and Lil’ Wayne as two of the more recognizable spiritual guides for navigating the Southern rap basis of the genre. In fact, you may remember that T.I.’s second album was entitled ‘Trap Muzik.â€™ For terminologyâ€™s sake, the electronic iteration of the music can be called trap house â€“ a hybrid subgenre.

Philadelphia raised Diplo (real name Wesley Pentz) has done perhaps the best job of crossing over urban music into the electronic world, both through his label Mad Decent and side imprint Jefrees and his out of the box productions. Diplo harbored the rise of Dillon Francis, â€œtheâ€ moombah producer of 2011 and he is now doing the same with Baauer, trap musicâ€™s wunderkind producer of the moment, despite having performed live fewer than five times. His jam â€˜Harlem Shakeâ€™ has undeniably been one of the biggest underground party tracks of the summer and he recently was a part of the inaugural Boiler Room session held in NYC. If there is anyone that can successfully keep trap house in the public eye, it will be Diplo. But, does trap house have staying power?

Considering that the genre has traditionally been associated with African-American hip hop producers from the South, what has generated the new found attraction of instrumental trap music amongst house music producers, who tend to be white and of a Northern persuasion? Duos like Hudson Mohawke and Flosstradamus were on the scene before it got cool (read: within the past few months) but what’s with the sudden onslaught of music, chatter and unexpected producers joining the game?

DJ B-Roc, one half of NYC duo The Knocks, got his start producing on the hip-hop side, and dabbled with trap musicians including Sheek Louch. However his current musical lean is not an evolution, but rather a departure from his previous style. To him, the appeal of trap is less an active choice and more a result of dubstep fatigue. â€œPeople need something else of a slow tempo and all this trap rap music is now crossing over to a white hipster crowd, when it used to be a strictly southern underground culture,â€ he said. But the appeal to house music producers was easy for him to identiy â€“ trap is not that difficult to produce, itâ€™s fun to dance to and itâ€™s minimal like many other forms of dance music.

Is this a fad? B-Roc seemed to think so, citing that no one will be making trap house albums, no one would buy them and in fact, this is just a part of the dubstep craze which is a niche itself within the dance music world. His assertions are corroborated by the fact that all music put out by Diploâ€™s Jefrees, probably the most prolific disseminator of commercial trap house, is available completely for free.

But that doesnâ€™t mean people arenâ€™t making trap music. The legendary DJ Craze recently tweeted that his promo inbox was chock full of the stuff, from producers typically making music from across the electronic music spectrum. Even Dillon Francis has now re-worked his original moombah track â€˜Masta Blastaâ€™ to fit the trap music mold. Vice recently interviewed veteran trap producer LÅtic about his feelings on the genreâ€™s recent popularity â€“ his response to the new interest was to create a mixtape entitled â€˜Originsâ€™ as a true introduction to its roots, rather than bitch about the onslaught of interlopers creating sounds that frankly could be deemed soulless.

No doubt, trap house is the electronic music meme of the moment. Its likeability is undeniable, given that many of its listeners likely grew up with a steady diet of MTV fed Southern hip hop (who didnâ€™t dance to â€˜Back That Ass Upâ€™ in 8th grade!?). Checking out a trap music night will feel like a walk down memory lane, so throw in some electronic beats and the music is essentially tailor made for those in their 20s. Although itâ€™s questionable exactly what connection recent producers have with the roots of the genre, to reference LÅtic & its rise from the underground with has elicited noise, with the popularity of electronic music in general growing trap house will at least have its 15 minutes of fame.

In conjunction with the March 12th release of Laidback Luke’s single ‘Speak Up‘on Big Beat Records/Mixmash, he is embarking on his longest road tour…