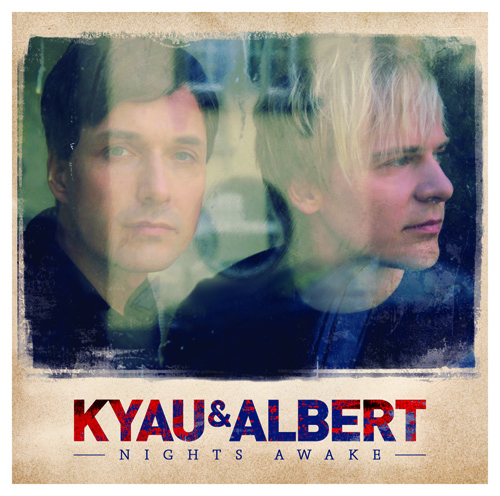 It is a week of contests here at Electronica Oasis, and we are pleased to announce that we will be giving away a signed copy of Kyau & Albert’s soon to be released album ‘Nights Awake’.

‘Nights Awake’ features 15 songs, encompassing Albert’s vocals and the duos wonderful songwriting skills. The album has been in the works for a year and a half, not being released until Kyau & Albert felt it was a masterpiece- they found it. You may recognize the tracks ‘A Night Like This’ and ‘Another Time’, which were in constant rotation on Sirius Radio’s BMP for the last year. They also are on Youtube, grabbing hundreds of thousands of views. Each video tells a story, and the album undoubtedly raises the bar for what a dance music album can and should be. Check out the full review of ‘Nights Awake’ here. We also recently had the privilege to have Kyau & Albert on our Itunes podcast ‘Escapes’, which you can listen to here.

Get the FCK out!’ this funky song is sick. Mix some R-rated 90’s rap vocals, a deep house twist on the bassline from New…