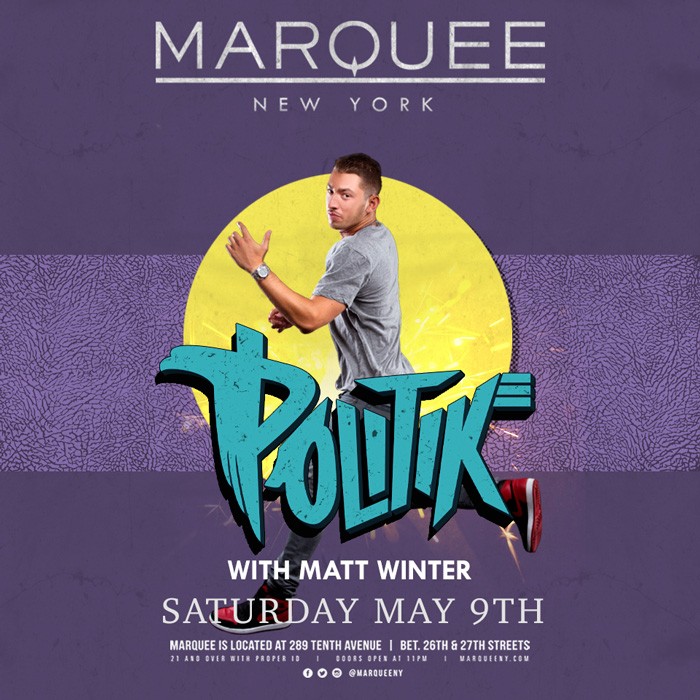 No weekend plans yet? You do now! Enter below to win free entry for you and a friend to see Los Angeles producer, DJ Politik. We are giving away 10 pairs of tickets! He is known for his keen ability to integrate the perfect balance of hip-hop, house, rock, pop, nu-disco, indie dance & classic records into his sets. An emerging producer, Politik is beginning to make waves with his remixes. Recent remixes of One Republic “Counting Stars” and Imagine Dragons “Demons” were widely supported on BBC 1 radio. Additional remixes for Broods, Capitol Cities, and Bastille have been favorites of the blog world and international deejays.