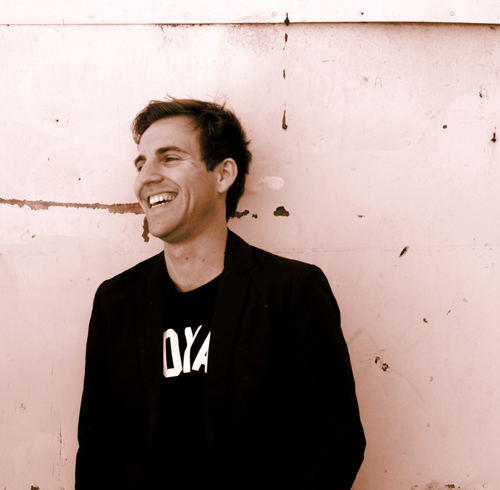 For our third installment of the new ‘Eyes On’ artist feature, we bring you Sean Layton, better known as Los Angeles-based EDM producer ILLUSTRATED. Since releasing his debut EP back in 2012, Illustrated was selected 2013 ‘Artist of the Year‘ by Five of Five Music Entertainment record label and has had a string of successfully featured singles. We were lucky to enough to sit down with him on the heels of his most recent project, his EP ‘Define Me‘, released just a few weeks ago.

Be sure to check out Illustrated’s guest mix as part of our Weekend Escapes feature here.

Electronica Oasis: What music did you listen to growing up? What are your musical influences?

ILLUSTRATED: I come from a rock background for sure. I remember way back, Korn was at the first band that started it all for me.  A few years later I fell in love with punk rock, and then later, other various styles grew on me. Now I listen to everything, and I try to incorporate any style that resonate with me into my songs. Anything is fair game with me. Some of my songs have the poppiest hooks, and then the next song may be totally hip hop influenced. I love it all and don’t want to be limited my genres.

EO: Being involved with music from such a young age, do play any instruments?

ILLUSTRATED: Yeah definitely. My first instrument was bass, then naturally I gravitated to guitar. I have also done a lot of singing. I grew up playing in bands, and a lot of my songs stem from a chord progression that I wrote on guitar first.

EO: What is it about electronic music drew you to the genre?

ILLUSTRATED: I grew up going to punk shows, and what I loved most about that scene growing up was the energy at them. I feel like EDM shows share a similar type of energy, and I wanted to be apart of it. Also, coming out of playing in bands my whole life, I was always on someone else’s schedule. Being completely solo has allowed me to always be on my time, and I can just do music all day and not have to worry about anything.

EO: Was there a career turning point when you realized you could do music full-time?

ILLUSTRATED: Yeah definitely. A close friend of mine over at Sound Track Loops (Jason Donnelly aka Dj Puzzle) gave me a job writing library music. Usually half of my day I knock out a couple library songs, then its strictly ILLUSTRATED.

EO: Talk about your move from Texas to LA, what motivated you to do that?

ILLUSTRATED: I have always felt a pull out to LA and California. Even when I was a kid, I had never even visited Cali, but I knew I needed to be here. When my band had broken up in August 2011, I was at a major cross-roads in my life. I had given up everything for that band and when it died, I knew I needed to make a major life change and try something else. I was in LA by January 2012, sat down with my laptop, and learned how to produce electronic music. Best decision I have ever made.

EO: What are 3 attributes that you would use to describe your musical style?

EO: You just released your EP, ‘Define Me‘. Can you talk a little bit about the inspiration behind that project?

ILLUSTRATED: Yeah back in November I entered this “Artist Of The Year” award put on by Cal State University, Northridge. Each year bands, and artists of all genres submit their music to potentially win a record deal with a label ran by the school called, “Five Of Five Music Entertainment”. They chose the top three submissions, had a live performance showcase, and then the crowd and the student body voted on who they thought should win. The goal of the project was to find an artist they can help develop and get to the next step, and I ended up winning. It was an awesome experience, and “Define Me” was the EP I released through them.

EO: Name one unique talent or hobby outside of music people might not know about you.

ILLUSTRATED: When I am not making music I am either long boarding up and down the beach, or at home reading about deep stuff like why we exist, life on other planets, ancient history, or listening to alternative news shows like Coast To Coast AM haha. I love all that good stuff, and love meeting like-minded people. If anything, it beats whats on TV.

EO: What does the future hold for ILLUSTRATED, what’s coming up next?

ILLUSTRATED: Have two new singles that are finished, and I am working on some collaborations as well. Just figuring out how we want to release them all. Expect more music, and shows from me this summer.

Dirty South’s Electric Zoo set was awesome at the Main Stage on Saturday. For everyone that was able to see this live was treated…