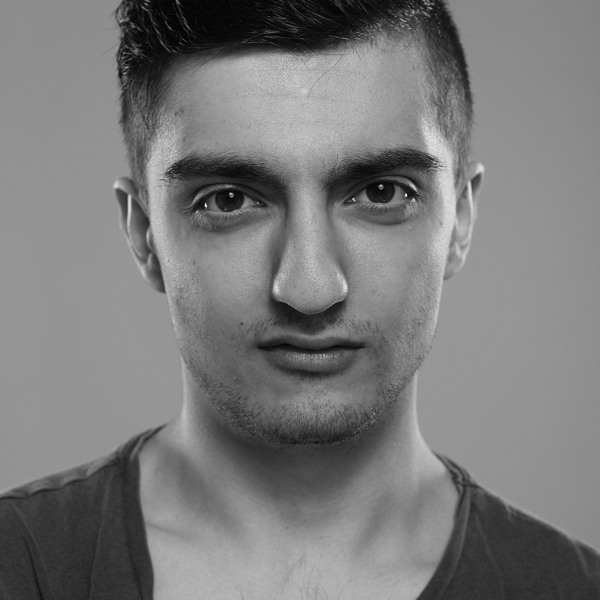 Here at Electronica Oasis, we had the pleasure of interviewing Stana, the swedish tech maniac who is part of the Hard Dance Nation family. Stana’s set at the Basscon stage was one of the most memorable at last year’s installment of EDC Las Vegas. Behind the decks, his high energy and connection to the music was palpable as he gesturally shot at the crowd with his thumb and pointer finger “guns” to the beat of the tracks. In the below interview, Stana opens up about his most memorable moment of 2013, how he prepares for a set and his favorite past-time outside of the music realm.

ElectronicaOasis: 2013 was a huge year for hard dance as it continued to permeate into various dance music markets across the country. What was your most memorable moment of 2013?

2013 was a very crazy year for me and I was jumping continents playing tours and set foot in new countries I’ve never set foot in before. The most memorable moment felt like a brief one but was a month long moment for me. I was flying to go play a few gigs in Chile in South America then flew back to Stockholm a week later to relax for 1 day, and then fly to Sydney Australia the next day. As soon as I was back I was packing my bag again a week later to go to Chicago.

EO: How do you usually start preparing for a set? What kind of thought goes into which tracks you will choose to play?

Stana: I usually think of the city I will play in and I try to feel the atmosphere. If I know what the city is in to I can probably ease them into my style a bit more with the elements of what they like. Could be a special acapella or a well known riff I mix in to the set to set of reactions.
I mean, the first time I played Vegas I didn’t know what they were in to and if they would understand my style but I was just winging it really and was just myself on stage and hoped for the best. It’s really a 50/50 chance where they will either love it or leave the dance floor.

EO: DJs that “press play” on their laptop may have given technology a bad reputation, but technology is also the reason DJing came about! What’s your perspective on the relationship and the balance between technological advances, music and the art of DJing? How have particular technologies changed your style of DJing?

Stana: To be honest I kind of agree on this point where I have felt that the scene has become full of DJs that only press play and wait for the track to run out before they easily mix in the next one and take it easy. I come from a Hard Trance background where we use to mix in a stressful matter and mix fast and constantly. With mixing like that we didn’t only worry about beat matching and play pressing scenarios. With time that became pretty out dated and my mixing changed. I think you should make the best out of what technology offers us. It gives us the opportunity to do a live show with CDJs if we can and are willing. I mean look at clips of how Joachim Garraud uses them to play a beat just like a Novaline pad. I was very inspired of how Sebastian Ingrosso or Joachim or Bloody Beetroots played. You take advantage of the CDJs they give you and load in Acapellas in one, beats in the other and the two tracks you are playing and have mashed up or edited in the studio for ultimate originality in the third and fourth players. Then you connect a synthesizer in the mixer and you start playing a riff over everything else in the same time while filming everything from a pov camera on your head. But that’s just me.

EO: What initially attracted you to hard dance and who do you consider to be your early influencers?

Stana: Hard Dance is a pretty collected word for a bunch of genres. I was initially inspired by Hard Trance and the early 2000s energetic Techno from names such as Andreas Krämer and Scot Project. It was definitely the future sound to it. It sounded so fresh and so modern, yet so raw and so uplifting.

EO: Who is your favorite non-electronic artist?

Stana: Right now I am really in to St Vincent and her free spirit really inspires me. But my all time favoriteI discovered not to long ago is Michael Jackson. I realized I have been listening to him my whole life.

EO: What is your favorite candy?

Stana: Anything with a combination of Chocolate and hazelnuts or any kind of nut.

EO: What is your favorite thing to do outside of the music realm?

EO: What are you looking forward to most in the upcoming year?

EO: What was the most fun event you have performed at as of late?

Stana: Mysteryland in upstate New York was downright amazing! An outstanding production and real dedicated fans surrounded by mother nature in Bethel Woods. I understood why they held it there and why Woodstock was held there as well. It was just perfect!